How To Protect Your Child From Bullying

Child Bullying has been going on for centuries, but over the last few years, it has gotten a lot of attention. And rightfully so. People get seriously hurt from being bullied, and people with special needs are big targets! This isn’t cancer or some disease that doesn’t have a cure. 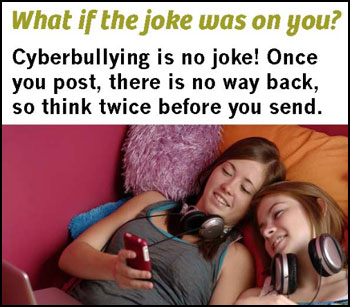 But there is the issue to consider regarding health issues by the stress brought on by bullying offline or online.

Stopping bullying is teachable, but there is still no federal standard curriculum to use in our schools to help educate children. We are moving forward, but I don’t think we will hit the target until we make this just as important as reading, writing, and arithmetic.  As a nation, we have to start somewhere and, with the new guidance sent to educators across the country, federal education officials say that schools may be liable if they don’t properly address bullying of students – especially children with disabilities.

Bully: a person who is habitually cruel or overbearing, especially to smaller or weaker people.

Kids who bully use their power (it could be their physical strength or popularity or access to embarrassing information) to control or harm other kids. Bullies make threats, spread rumors, attack other kids physically or verbally, or exclude them from a group on purpose.

There are four types of bullies, according to the National Center Against Bullying, in Australia:

Covert or hidden bullying is often harder to recognize and can be carried out behind the bullied person’s back. It is designed to harm someone’s social reputation and/or cause humiliation. Covert bullying includes:

Cyber-bullying can be overt or covert bullying behaviors using digital technologies, including computers and smartphones and software such as social media, instant messaging, texts, and websites. Cyberbullying can happen at any time. It can be in public or in private and sometimes only known to the target and the person bullying. It includes:

We’re all familiar with the image of “the school bully”: a villainous character that appears in many movies and cartoons. In these media, you often see bullying portrayed as inevitable, a sort of rite of passage that students must pass through on their way to adulthood.

In today’s society, however, the idea of bullying as a rite of passage is being steadily challenged. In fact, bullying is not a harmless experience, nor one that “builds character”; research finds that being involved in bullying can have serious consequences on students’ mental health.

Warning signs of cyber bullying the victim and the bully

Ladies, cyberbullying in South Africa has reached epidemic proportions, with far-reaching and devastating consequences. One harrowing example is an 11-year-old girl, from a Johannesburg school, who recently committed suicide as a result of cyberbullying. Similar reports have made headlines worldwide, highlighting the urgent need for action – both in assisting victims and bringing the perpetrators to justice.

In many cyberbullying cases, fast and effective legal intervention can minimize the effects of this abusive behavior. This intervention, however, can be extremely expensive, with lawyers charging around R3 000 an hour for consultations alone.

To ease the financial burden of these exorbitant costs, we launched our Cyber Insurance policy, which includes cover for cyberbullying – comprising litigation cover of up to R55 000, among other benefits. In addition, we’re running an informative blog series to empower parents with the information and tools needed to deal with cyberbullying and keep their children safe online.

How do I know if my child is being cyberbullied?

Here are some warning signs to look out for:

In Japan, a student standing out from the rest of the class is a recipe for trauma, with the child more likely to become a victim of intense bullying by the classmates. Bullying cases have now hit a record high. Schools in Japan are all-encompassing institutions that determine everything from the path your kids take to school to the type of shoelaces in their shoes. Earrings, nail polish, hair accessories, and even hair lengths and styles are all things schools weigh in on, at the junior high and high school levels, too. To Westerners, this may seem intrusive and unnecessary, but in Japan, it is all in an effort to maintain a certain level of control, which is linked to safety, which is linked to peace.

Why the idea will likely be counterproductive.

It was bound to happen somewhere—”bully insurance.” A new article out of Japan informs us that an insurance company is now offering parents insurance against bullying for about $24 per month:

As more and more parents worry about the effects of bullying, one Tokyo insurance company offers a solution.

What a bargain! For far less than the price of counseling or therapy, an insurance policy will solve a child’s bullying problem.

Japan has been fighting bullying in schools even longer and more intensively than the US, and it has becomes a more serious problem with the passage of time, as occurs in every nation that takes on the war against bullying. How exactly will this insurance policy succeed in protecting kids from bullying when the government’s most intensive efforts have failed?

It won’t. Because the policy’s primary beneficiaries are not children. They are 1. the insurance company; and 2. lawyers.

Lawsuits are expensive and time-consuming. And parents usually end up losing. Therefore, few parents are willing to shell out large sums of money in the hope of winning a bullying lawsuit, and lawyers are reluctant to take on a bullying case on a contingency basis unless they are highly confident of winning, which they usually aren’t.

So what is the solution? Bully insurance. It’s brilliant. For a modest fee, Japanese parents can now pool their money and get the insurance company to pay lawyers in the event that they decide to sue their child’s school and/or bullies. Because Japanese parents are terrified of the growing bullying problem in their country, it is a good bet that the insurance company will come out ahead, while providing lawyers with the income they wouldn’t be likely to get if parents had to foot the bill on their own. And the defendants – schools and accused bullies – will need to hire their own lawyers once a lawsuit is initiated against them. Schools’ insurance rates will also go up because of the escalation in bullying lawsuits. It’s a win/win for the insurance and legal industries.

Anti-bullying advocates have been encouraging parents to sue schools when their children are bullied in the belief that this will force schools to begin taking bullying seriously and thereby put an end to it. But that is wishful thinking. If it worked this way, the bullying problem would be over by now because all schools have become abundantly aware that they could face bullying lawsuits. Read more…

Bullying is an enormous problem, and we must all do our part to impact it. Victims must be encouraged to report the acts and actions of bullies. School leaders and/or leaders in other settings that support youths should be vigilant in sending a clear message to bullies that bullying is not tolerated in their setting. They must also send a clear message to victims that failure to report a single act of bullying will ultimately give bullies the notion that it is okay to continue to bully. In order to help us as parents, we need to understand our rights and be able to teach the vital skills children need to have empathy and respect for others.