Fire Prevention And Preparing For Fire

Fire Prevention | Your home is somewhere you expect to feel safe. Yet more injuries and deaths from fire occur in the home than in any other place. In fact, the U.S. Fire Administration reported deaths from residential building fires increased in 2016 and aging adults are at a greater risk of fire death than the general public.

Accidental house fires can start in all sorts of ways, and when they do, they can spread quickly. Surviving a fire and minimizing damage to your home is a matter of preparation and practice. If you don’t know exactly what you’d do in the event of a house fire, or if you’re unsure about the state of your home’s fire safety, the time to prepare is now. Once a fire starts, you have only seconds to act.

Fire Prevention in Murrieta | Are You Ready 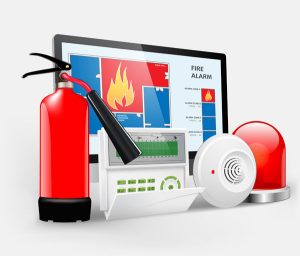 Preventing Fires While the Kids are Still In School and Holidays are a Ways Off . . . SO . . .

It’s early May. So While it may seem like it’s a little early for talking about fire prevention; no holidays close at hand, kids are still in school etc. – Actually NOW is the best time to get back to the basics of fire prevention because yes, kids will be out of school in a month and before you know it 4th of July holidays will be upon us.

We ask that you consider the following and take action now on the points you feel may be lacking in your household. According to the estimates of USFA in the year 2011 alone the number of residential building fires alone was 364,500, caused 2,450 deaths, 13,900 injuries in the United States. The estimated loss in dollars stood at staggering $6,651,400,000.

Fire Safety – Have Two Ways Out

Most Fires Are Preventable

The USFA also said that during the same year the fatalities due to fires surpassed fatalities due to all sources combined. And the USFA also adds that even this number could be small in actuality as many small fires are not reported. The statistics also reveal that more than eighty-three percent of all fatalities and eighty percent of the total injuries due to fires took place in homes. These figures come as a bitter surprise as most of the fires are pretty much preventable if adequate precautions are taken. Following certain basic fire safety guidelines could greatly reduce the chances of fires and protect the homes and people from this disaster from striking.

Zero In on Smoke Detectors

The next big cause is the electrical short circuit. Use properly rated wires for house wiring and so does other components. Also, when plugging in electrical gadgets check the voltage rating to avoid short circuits. Also, keep cords at a distance from rugs and carpet. Disconnect any appliance when done using.

FIRE! – How do You Get Out and Where do You Go?

Have an escape plan ready for the home. It is a good idea to be also prepared for a fire. Practicing an escape from time to time also increases response during the times of actual fire. Have a plan for every room in the house. Educating everyone in the household, especially children, would make you evacuation plan easier in the event of an emergency. Children are especially fascinated about fires and like to create fires, about a hundred thousand fires a year are started by children while playing. People have a negligent attitude towards fire safety, especially during the holidays. They relax about every fire prevention rule because they are busy concentrating on holiday fun and end up paying a huge price for that.

Just Give Us A Call